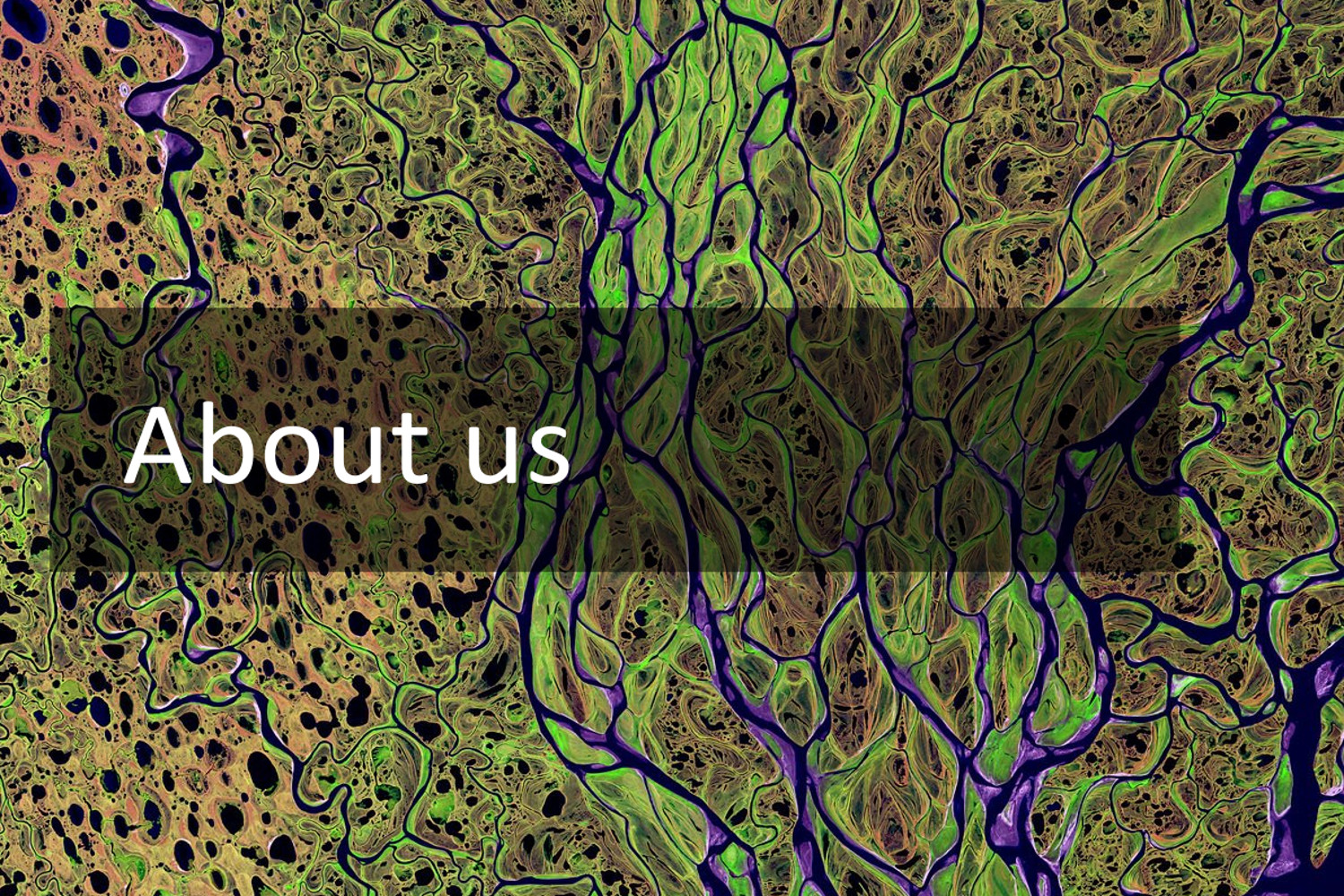 GEO is a partnership of more than 100 national governments and in excess of 100 Participating Organizations that envisions a future where decisions and actions for the benefit of humankind are informed by coordinated, comprehensive and sustained Earth observations.

Together, the GEO community is creating a Global Earth Observation System of Systems (GEOSS) to better integrate observing systems and share data by connecting existing infrastructures using common standards. There are more than 400 million open data resources in GEOSS from more than 150 national and regional providers such as NASA and ESA; international organizations such as WMO and the commercial sector such as Digital Globe.

Ministers of the GEO member governments meet periodically to provide the political mandate and overall strategic direction for GEO. The Mexico City Ministerial Declaration from the GEO Ministerial Meeting in 2015 saw world leaders commit to support open Earth observation data for the next decade.

Full and open access to Earth observation data, information and knowledge is crucial for humanity as it faces unprecedented social, economic and environmental challenges.

The GEO Plenary is the highest decision-making body of GEO, composed of Principals at the senior-official level of government, or their Alternates, representing GEO Member governments and Participating Organizations. Plenary meetings are held once a year and decisions are taken through consensus.

TWELFTH PLENARY SESSION OF GEO (GEO-XII)/FOURTH GEO MINISTERIAL SUMMIT: GEO-XII was held from 11-12 November 2015 in Mexico City, Mexico and the Fourth Ministerial Summit met on 13 November. The main outcome of the meetings was the Mexico City Ministerial Summit Declaration, which affirms that GEO and its open EO data and information will support the implementation of, inter alia, the SDGs, the Sendai Framework for Disaster Risk Reduction 2015-2030, the UN System of Environmental and Economic Accounts and the UN Framework Convention on Climate Change. The Declaration also endorses the GEO Strategic Plan 2016-2025: Implementing GEOSS, calls on GEO to strengthen its focus on users and stakeholders and reaffirms support for GEO’s Data Sharing Principles.

UN SUSTAINABLE DEVELOPMENT SUMMIT: The Summit adopting the 2030 Agenda for Sustainable Development took place from 25-27 September 2015 at UN Headquarters in New York. The final package calls for promoting “transparent and accountable scaling-up of appropriate public-private cooperation to exploit the contribution to be made by a wide range of data, including EO and geospatial information, while ensuring national ownership in supporting and tracking progress.”

ELEVENTH PLENARY SESSION OF GEO (GEO-XI): GEO-XI was held from 13-14 November 2014 in Geneva, Switzerland. It discussed the 2016-2025 Implementation Plan, supported AfriGEOSS implementation, supported Recommendations on Legal Interoperability Guidelines, extended the mandate of a task force developing the Implementation Guidelines for GEOSS Data Management Principles, and endorsed a moratorium on new PO applications until after GEO-XII.

TENTH PLENARY SESSION OF GEO (GEO-X)/THIRD GEO MINISTERIAL SUMMIT: GEO-X convened from 15-16 January 2014 in Geneva, Switzerland, and the Third Ministerial Summit met on 17 January. The principal outcomes of these meetings included a renewed mandate for GEO through 2025 and the adoption of the Geneva Declaration, containing high-level recommendations to guide the development of a detailed 2015-2025 Implementation Plan for GEOSS.

NINTH PLENARY SESSION OF GEO (GEO-IX): GEO-IX was held from 22-23 November 2012 in Foz do Iguaçu, Brazil, and endorsed transforming the GFOI Task Force into a GFOI Steering Committee, began discussions about the future of GEOSS post-2015, and asked the GEO Secretariat to draft a compelling case for ministers regarding GEOSS achievements and the need for continuing GEO and the GEOSS into the future.

SEVENTH PLENARY SESSION OF GEO (GEO-VII)/SECOND GEO MINISTERIAL SUMMIT: GEO-VII was held from 3-4 November 2010, and the Ministerial Summit on 5 November, in Beijing, China. GEO-VII, inter alia, reviewed a mid-term evaluation of GEOSS implementation and accepted a proposal for a Global Forest Observation Initiative (GFOI) relating to the GEO Forest Carbon Tracking Task. The Ministerial Summit Declaration endorsed the refined GEO Targets and committed to: maximizing the number of documented datasets made available on the basis of full and open access; creating the GEOSS Data Collection of Open Resources for Everyone (GEOSS Data-CORE); and developing flexible national and international policy frameworks to ensure a more open data environment.

SIXTH PLENARY SESSION OF GEO (GEO-VI): GEO-VI was held from 17-18 November 2009 in Washington, DC, US, and discussed implementation of the Data Sharing Principles and recommendations for long-term operations of common infrastructure. It also approved a revised set of 14 GEOSS Strategic Targets.

FIFTH PLENARY SESSION OF GEO (GEO-V): GEO-V was held from 19-20 November 2008 in Bucharest, Romania. GEO-V created a Data Sharing Principles Task Force and a Monitoring and Evaluation Working Group, reviewed work on Strategic Targets for GEOSS Implementation by 2015, and asked the ExCom to provide options for the Committee’s expansion.

FOURTH PLENARY SESSION OF GEO (GEO-IV)/FIRST GEO MINISTERIAL SUMMIT: GEO-IV was held from 28-29 November 2007, followed by the Ministerial Summit on 30 November, in Cape Town, South Africa. The Ministerial Declaration supported the establishment of a process with the objective of reaching consensus on the implementation of Data Sharing Principles for GEOSS. The Summit also committed to exploring ways and means for the sustained operation of the shared architectural GEOSS components and related information infrastructure, and to work together to improve the interoperability of and access to observations and associated prediction and information systems.

THIRD PLENARY SESSION OF GEO (GEO-III): GEO-III convened from 28-29 November 2006 in Bonn, Germany. GEO-III accepted, inter alia, the Guidance for Recognition of New GEO POs and Observers, and the Guidelines for Additional Contributions.

SECOND PLENARY SESSION OF GEO (GEO-II): Held from 14-15 December 2005 in Geneva, Switzerland, GEO-II adopted the GEO Rules of Procedure and approved the GEO Work Plan for 2006.

FIRST PLENARY SESSION OF GEO (GEO-I): GEO-I was held from 3-4 May 2005 in Geneva, Switzerland. GEO-I agreed on the structure and duties of the ExCom to guide GEO between plenaries. GEO-I also endorsed the proposed User Interface Mechanism.

THIRD EARTH OBSERVATION SUMMIT (EOS-III): This summit convened on 16 February 2005 in Brussels, Belgium. In a resolution, delegations from almost 60 countries endorsed the 2005-2015 GEOSS 10-Year Implementation Plan and established the intergovernmental GEO to implement it.

SECOND EARTH OBSERVATION SUMMIT (EOS-II): Convened on 24 April 2004 in Tokyo, Japan, this Summit of 40 governments adopted a Framework Document defining the scope and intent of the Global Earth Observation System of Systems (GEOSS).

WORLD SUMMIT ON SUSTAINABLE DEVELOPMENT (WSSD): Held from 26 August to 4 September 2002 in Johannesburg, South Africa, the WSSD highlighted the need for coordinated observations relating to the state of the Earth.