Over the past half century, human activity has decreased wildlife populations by more than two thirds. To protect and preserve the biodiversity of the world’s ecosystems, we need a scientific-led and data-driven way to assess biodiversity and enable informed decision making in our global conservation efforts. Essential Biodiversity Variables (EBVs) provide a system of measurements critical for monitoring, researching, and forecasting biodiversity at a global scale.

This is why Microsoft’s AI for Earth and GEO BON launched the $1 million EBVs on the Cloud grant programme this April, to help advance the development of EBVs and derived biodiversity change indicators using cloud-scale computation. We are pleased to introduce you to our five winners and share their projects. Each project will receive financial support, as well as access to the Microsoft Azure computing resources.  A partnership with Esri will provide grant winners with full access to the ArcGIS spatial and image analysis software and online training, to enrich project capabilities.

From an overwhelming number of strong applications, we are excited to support these five projects. It is open source projects like these that will allow for maximum collaboration and shared innovation in biodiversity conservation, and we look forward to working with them over this next year.

Henrique Pereira, GEO BON co-chair, says “We are really happy to have collaborated with Microsoft on this call for developing Essential Biodiversity Variables on the cloud. Making biodiversity data available to scientists and decision makers in a timely way increasingly requires cloud infrastructure and computation, in order to leverage the power of models to fill spatial and temporal gaps on biodiversity monitoring.”

Dawn Wright, Esri’s Chief Scientist, observed that the recently-released Global Biodiversity Outlook 5 report of UNEP’s Convention on Biological Diversity, found that despite progress in some areas the world has failed to meet a single target to stop the destruction of nature. Dr. Wright added, “this makes the work of these five projects all the more urgent. I am absolutely inspired by these young researchers and their projects. Their contributions will be invaluable.”

Mapping the EBVs of Belize’s coastal and marine ecosystems

In order to understand and protect coastal and marine ecosystems better, the Belizean government has, until now, utilized the National Marine Habitat Map (NMHM) that was developed using 30-meter spatial resolution imagery in 1996 and 1997. From the output of this map, the government of Belize was able to identify marine habitats to designate as protected, including areas of mangroves, seagrasses, and coral reefs that are helpful to reducing the impact of carbon dioxide emissions.

Arlene Young and her colleagues from the Coastal Zone Management Authority & Institute in Belize aim to update and improve the NMHM using cloud computing in conjunction with field surveys. The resulting data will provide updated information on the status of coastal and marine ecosystems and will support the implementation of Belize’s Growth and Sustainable Development Strategy (GSDS) and the country’s attainment of its Sustainable Development Goals (SDGs). The project outputs will also be used to revise Belize’s Integrated Coastal Zone Management Plan from 2016, which supports evidence-based decision making for the sustainable use of coastal and marine resources. This allows Belize to better mitigate anthropogenic climate change and protect coastal and marine ecosystems that are critical to sequestering blue carbon.

This grant enables Young’s team to use Microsoft Azure cloud computing to classify images and automate the analysis of EBVs. The group will also host training workshops in Belize on how to use Azure for cloud computing, both generally and specifically around mapping EBVs. Azure also allows for secure storage of the gigabytes of images without the need for massive hardware investments.

The volume of available data around species across space and time is growing at a rapid pace, due in part to the advent of citizen science initiatives like iNaturalist and eBird. Smartphone apps make the recording of species observations easier than ever before, but the unstructured nature of the resulting datasets, based on ad hoc observation rather than organized, repeated sampling, makes it difficult to glean useful information on the change in composition of ecological communications.

Simon Ferrier, Andrew Hoskins and their colleagues at the Commonwealth Scientific and Industrial Research Organisation (CSIRO), Australia’s national science agency, will address this challenge by using Microsoft Azure cloud computing services and statistical machine learning to ingest and analyze data from citizen observations, combined with remotely sensed data on changing environmental conditions. The project will use an extended form of generalized dissimilarity modelling (GDM) specially tailored to extract the signal of temporal change in species composition from unstructured observational datasets.

This grant enables Ferrier’s team to use Azure virtual machines to scale compute power and store massive datasets. Azure machine learning will be used to develop the analytical model, where advanced users will interact via custom user interfaces. Outputs will be presented to other users through a Microsoft Power BI dashboard that will provide interactive visualizations of biodiversity observations and trends.

The Group on Earth Observations Global Network for Observations and Information in Mountain Environments (GEO-GNOME) is working to identify essential biodiversity variables (EBVs) from disparate sources of mountain observation data measured at different scales. The group determined the most relevant EBVs to be ecosystem extent (what area is occupied by a particular ecosystem) and ecosystem fragmentation (where areas are restricted by natural or human-caused disturbances). 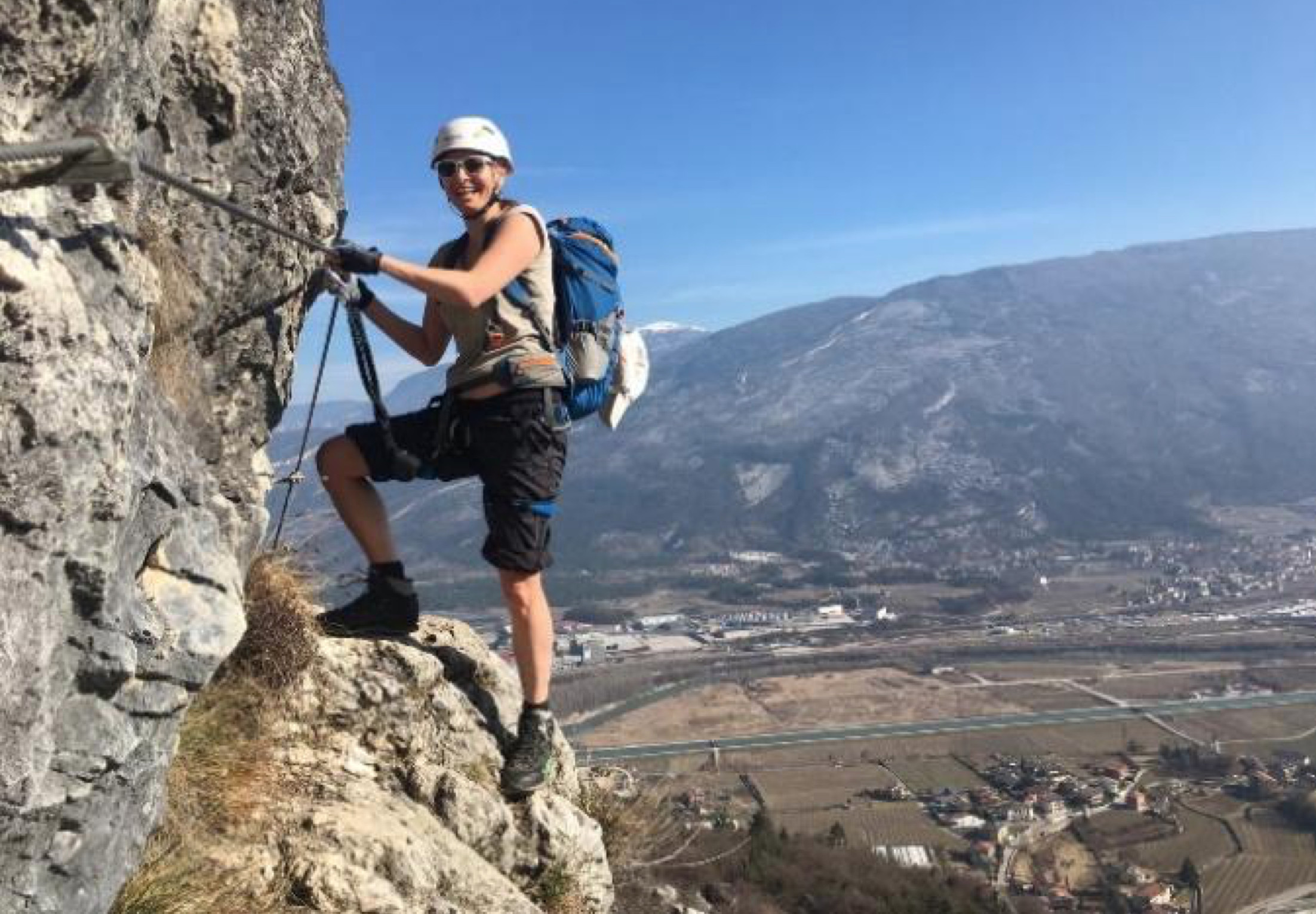 In order to better monitor and prioritize these EBVs, an accurate, high-resolution ecosystem map with regional and local detail is required. Ruth Sonnenschein and her colleagues at EURAC Research (part of GEO-GNOME) aim to use artificial intelligence-based algorithms and Earth observation data to extract and validate features from an existing broad-scale ecosystem map, and to produce more comprehensive maps of mountain environments over time.

This grant will allow the EURAC team to use cloud computing power and apply machine learning to train ecosystem classification in the Central Alps and Western Himalayas. This output will improve the existing ecosystem map from 250-meter resolution to 30-meter resolution, and will improve upon the content in existing maps, to better understand ecosystem extent and fragmentation. 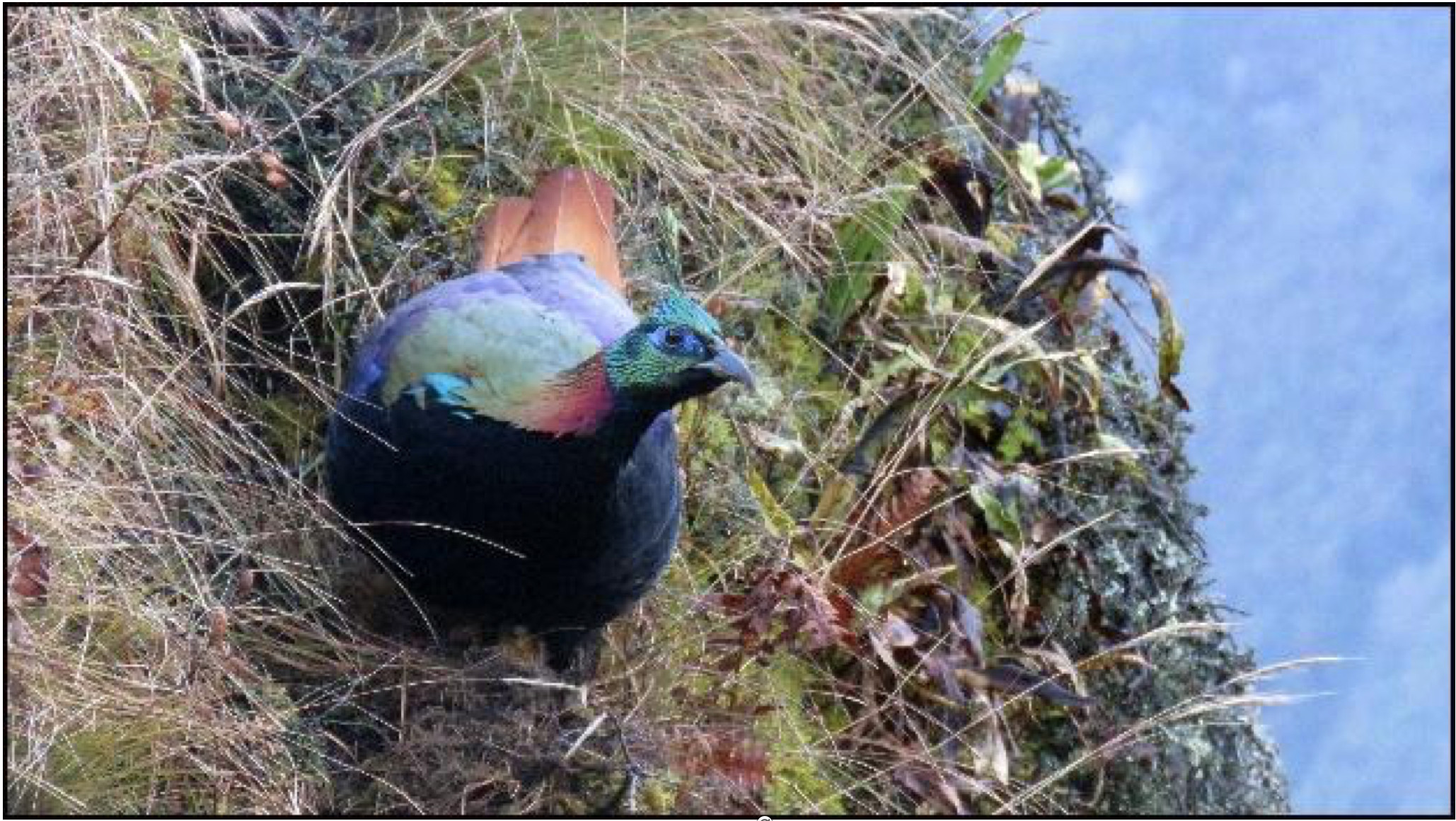 The presence of particular species across multiple ecosystems over time can be used as a biodiversity change indicator to inform conservation decisions. One way to monitor species presence is through measuring bioacoustics, the particular soundscape of an environment over time. In particular, identifying the bird species in a particular area can provide valuable insights, as birds are well-studied in terms of their history, identification, and conservation and are relatively easy to identify acoustically. They are also present in all terrestrial habitats and are particularly sensitive to environmental changes, making their movements a good indicator of climate shifts.

Dr. Naomi Bates and the Songs of Adaptation project used seed funding from Microsoft’s AI for Earth program to build the EarthHz collaboration tool, an interface for listening to and labeling bioacoustic recordings. Identifying the movement of birds to higher and lower elevations helps in understanding potential climate shifts but requires vast amounts of recordings from disparate locations. The group currently has over 46,000 hours of data collected for this project. This grant will allow Songs of Adaptation to house data on the Azure cloud and create an interface that is accessible from anywhere. This is key for the global collaboration taking place across Bolivia, Uganda, Nepal, and the United States. 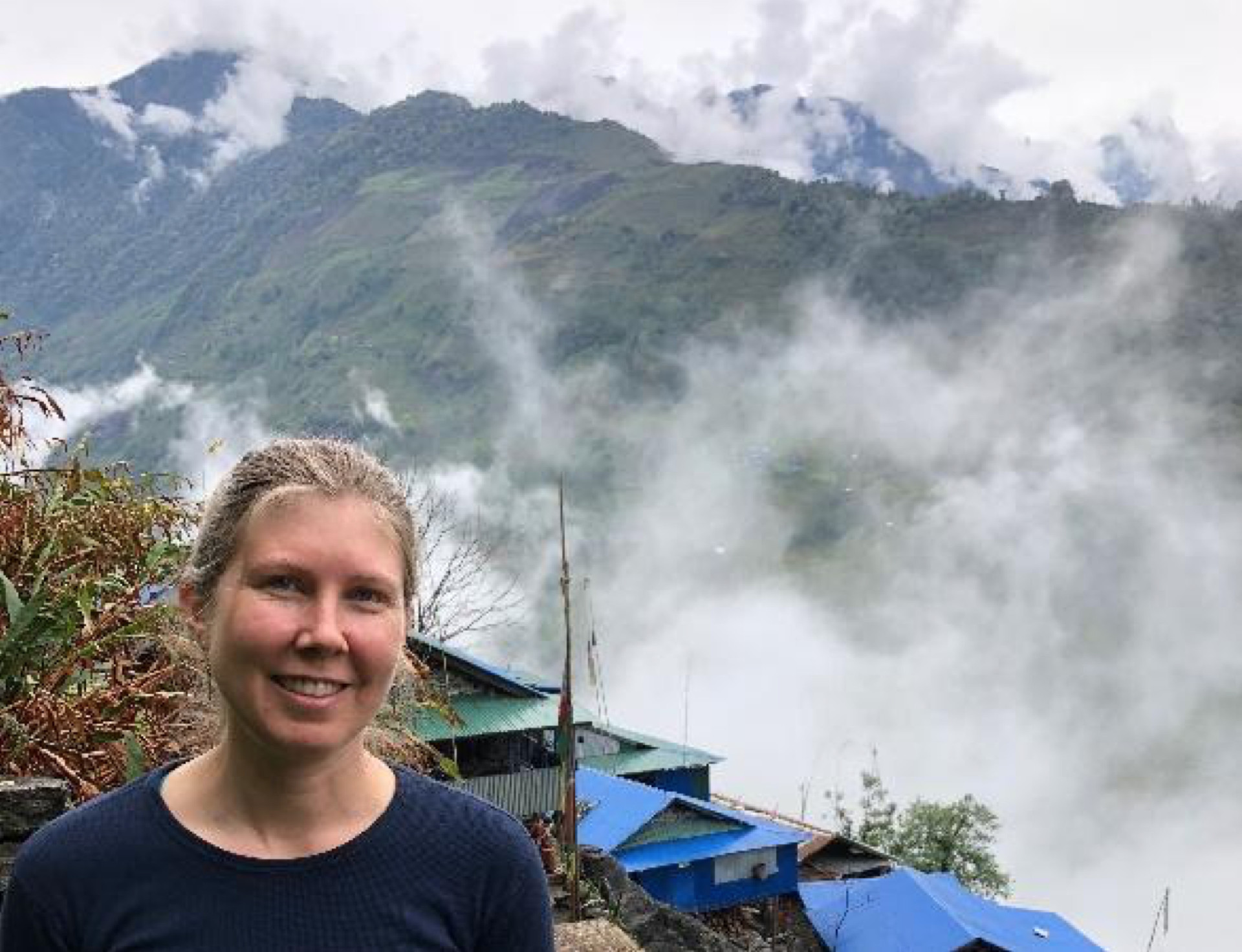 The next steps are to automate pattern recognition in the vast datasets and produce a visualization of the model results. In order to analyze the data at scale, Songs of Adaptation will develop and train machine learning tools to automate the identification of species from the bioacoustics recordings to then draw meaningful conclusions around climate change.

Ecosystem vertical profiles (EVPs) are used to characterize the vertical distribution of the biological entities in an ecosystem. EVP traits, like ecosystem height, cover, and structural complexity, are key to informing ecosystem EBVs, which thus inform conservation efforts and measure their efficacy. 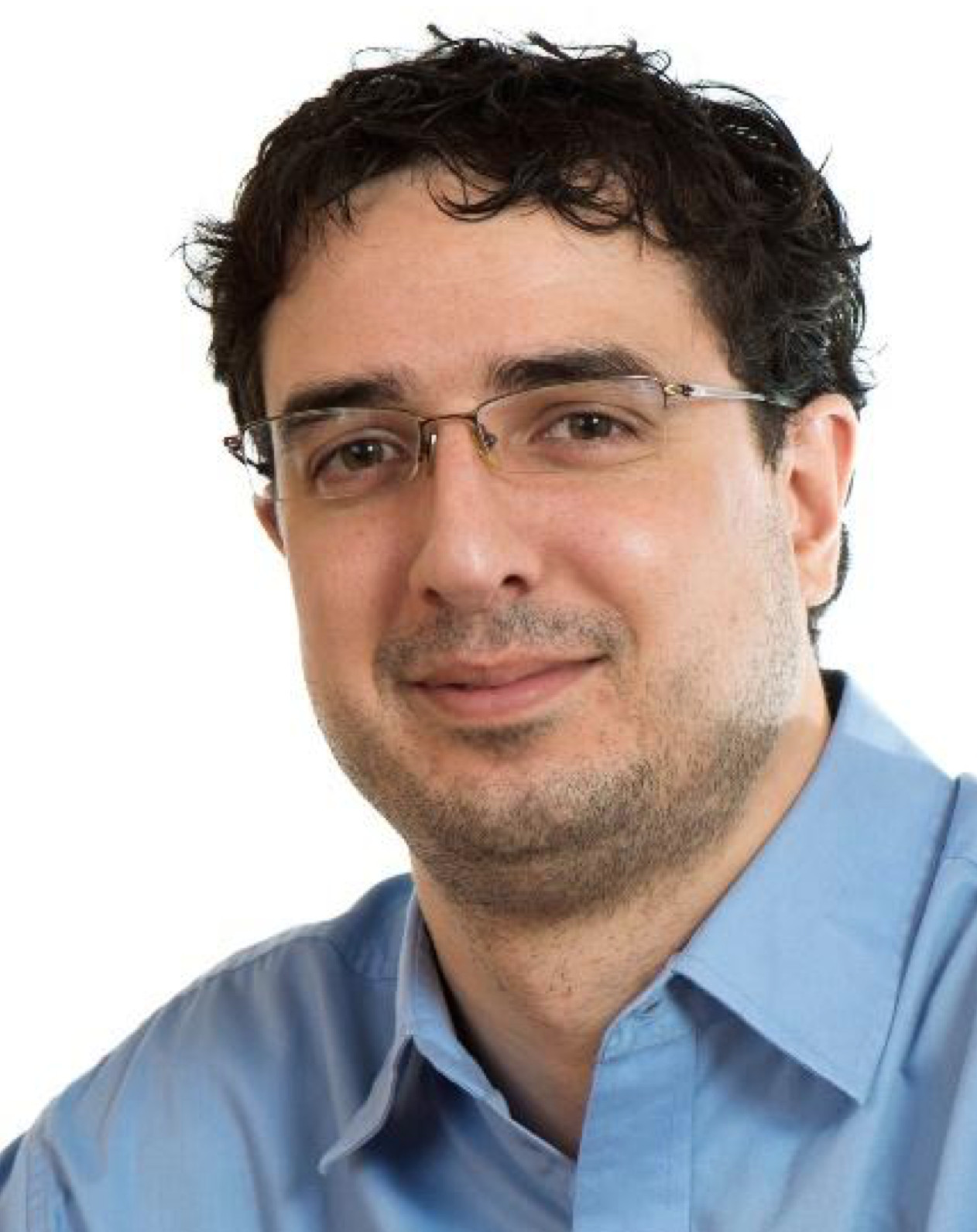 Assessing and monitoring biodiversity require a set of EBVs, typically captured using remote sensing and airborne or satellite image collection. Rubén Valbuena from Bangor University (UK) and his colleagues from Brazil and University of Florida aim to use light detection and ranging (LIDAR) technology to obtain detailed 3D imagery of ecosystems in the Amazon. A satellite LIDAR onboard the International Space Station is currently collecting global LIDAR data, and national surveying programs produce LIDAR datasets, but combining these disparate and massive datasets is challenging.

This grant allows Valbuena’s team to use high-performance computing to derive ecosystem traits from both satellite and airborne LIDAR captured datasets. Using this output, a prototype covering the whole of the Amazon will be created with traits from combined satellite and airborne LIDAR. The ultimate goal is to create a platform-independent method for identifying ecosystem traits from EVPs, allowing for a map of EBVs that can be updated regularly from disparate data sources.

To learn more about the importance of Essential Biodiversity Variables, please visit https://geobon.org/ebvs/what-are-ebvs/

To learn more about AI for Earth, please visit https://www.microsoft.com/en-us/aiforearth/ 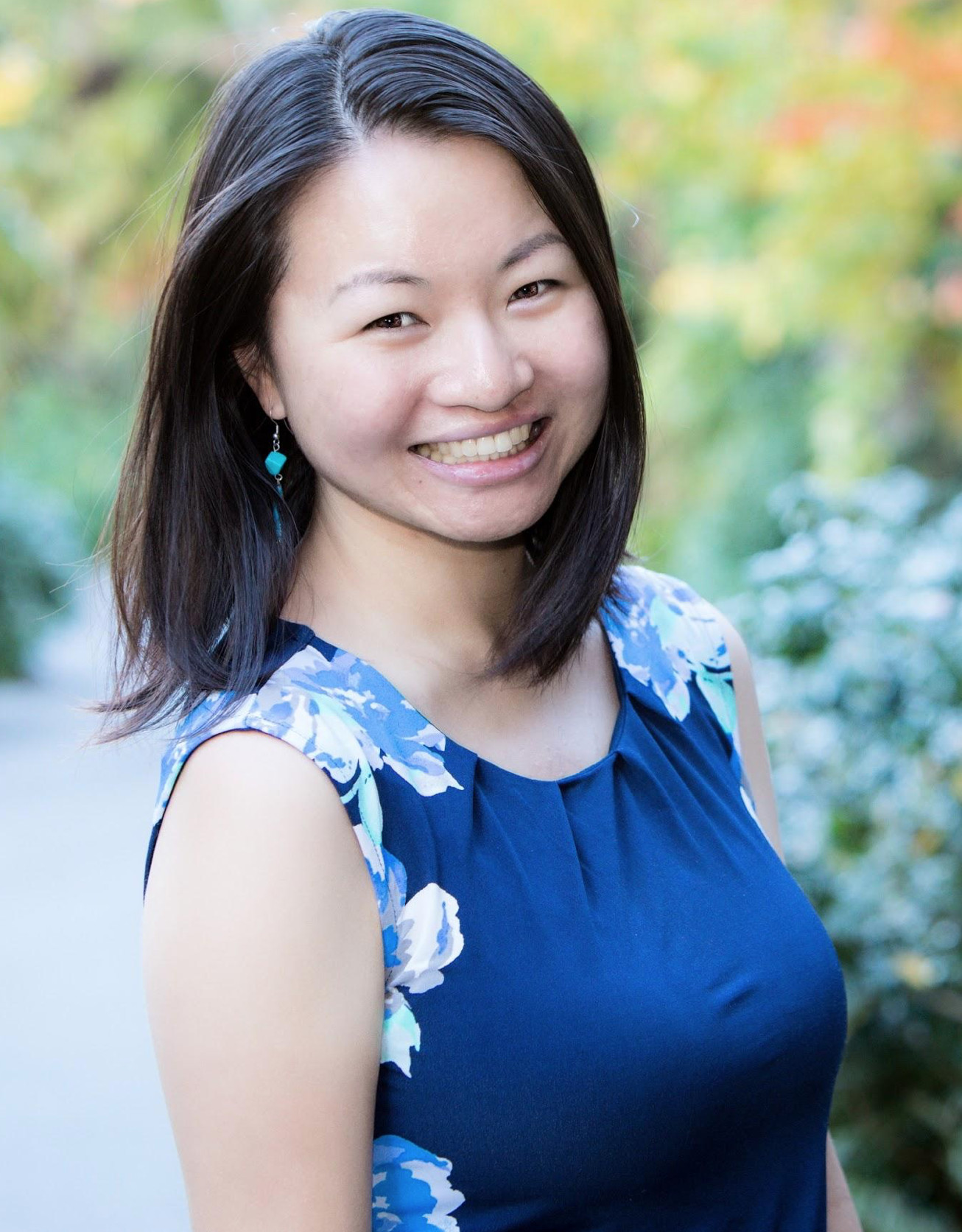 Bonnie Lei is a founding member and Head of Global Strategic Partnerships for Microsoft’s AI for Earth program, a five-year, $50 million cross-company effort dedicated to delivering technology-enabled solutions to global environmental challenges. In this role, she has awarded 650+ grants in 95+ countries, spearheaded strategic partnerships with leading organizations, and directed investments in promising environmental technology start-ups.

Previously, she worked as a conservation biologist. She helped initiate the marine program for Wildlife Conservation Society in Myanmar, discovered a new sea slug species in the Caribbean, and researched climate adaptation of endangered penguins in South Africa. She received her degree in Organismic and Evolutionary Biology at Harvard University, and was an inaugural Schwarzman Scholar at Tsinghua University.