This article was first published on The Saturday Satellites, a newsletter about Earth observations and their impact on our lives. Read the original post here.

Remco graduated from the Space Studies Program of the International Space University and has a great passion for social media. He is a global social media influencer in the Space field, startup management, and science communication. During his carrier, Remco worked in several organizations in the Space Industry and now works as an independent social media specialist for Space and events. He is the director of the Space Up Foundation which is a not-for-profit organization that facilitates Space unconferences. Remco is more than an interesting person and I am so thrilled he accepted my interview proposal. 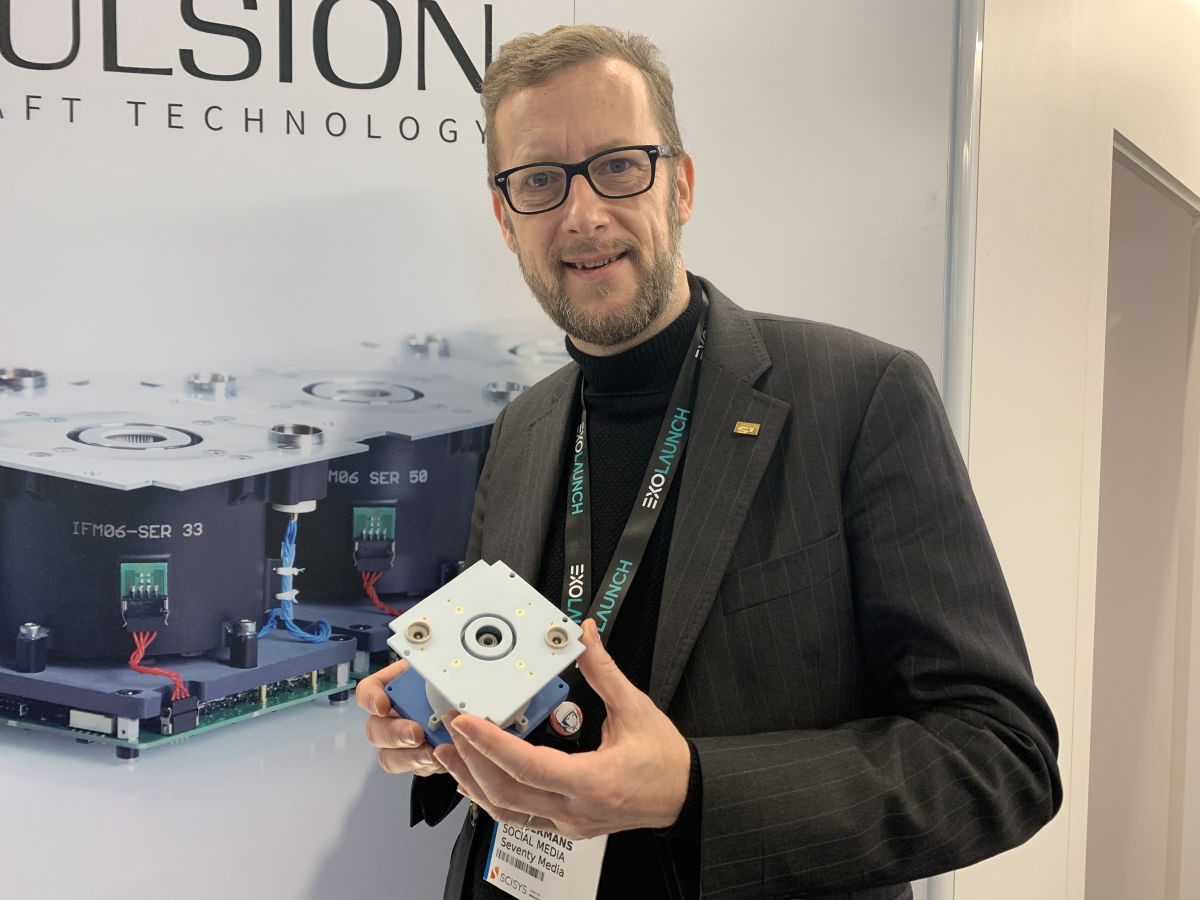 Remco, please tell us about yourself...

As a little boy, I was a Space geek who watched all the rocket launches on TV. I was 10 years old when I saw the launch of the STS-1 on April 12, 1991 – remember it very vividly. As I boy I was interested in Space, space technology and aviation. 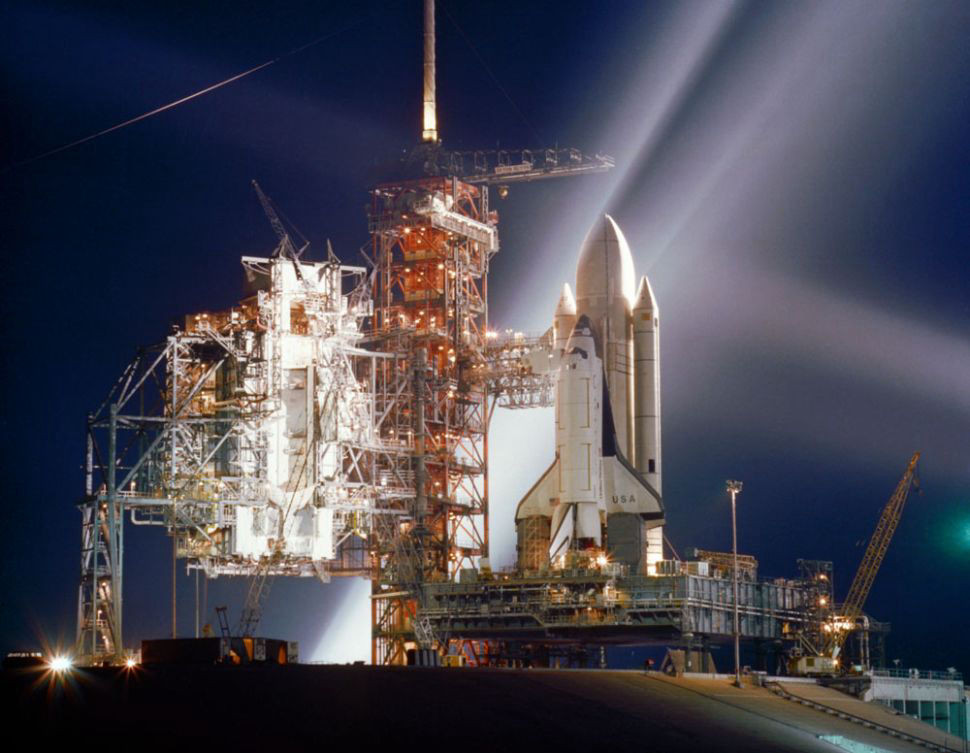 When Twitter and Facebook all came up, I got back in touch with the Space world and developed this great hobby in social media. As these two worlds collided, I thought that I should see if I can make a profession out of my passions. I quit my job, went to the International Space University in 2013 and did the summer program. That was the thing that really brought me into the heart of the Space industry. I started to work for Space companies and never looked back.
I have two passions in life: Space and social media. That’s why I’ve been looking for a long time for a way to combine them.

About the Earth Observation community

I worked before in many other businesses but I have never found such a passionate community as I did in Space.

The Space industry is different from every industry I worked in. You don’t work in the Space sector for the money. You work there because there is a bunch of passionate people that you want to work with. I must confess that I’m very interested in Space technology but it’s really the people that keep me here.

When you talk about EO, you talk about cool satellites looking down on the planet and taking pictures. But there are the people who make this a vibrant community.

We are basically one big global team working on promoting this idea of EO being a solution to some of the biggest problems of humanity. I think it’s what binds us together. It’s that vision of beauty and opportunity.

It’s what the astronauts say. Once you sat aboard the ISS, you look down the window and see what our planet is really about. And I believe that social media is the perfect way to bring people together and expand this community. That’s why I got involved in SM professionally.

How did SpaceUp unconference come to life?

This initiative started in 2010 in the USA. It was meant to bring people who are passionate about Space together and give them a platform to share and discuss that passion in an open format with likeminded people.

We organized our first SpaceUp unconference in Europe in 2012. From there on, people who attended there took the idea to their home cities and they start to organize events too. This is how we brought it to Europe.

At some point, a few years after, the CEO had to move on so I stepped in to take on this job.

The SpaceUp foundation is there to support people of all over the world to organize their own events and make it a very easy to access platform for anyone who has a passion for Space.

The nice thing about the unconferences is that it is an open format. We have everything a conference has but there is no program. The program forms itself during the day, and SpaceUp facilitates the talks. That’s all about it.

What’s do you think is today’s biggest challenge in the domain of EO?

The biggest challenge is the rapid increase of available data and limited capacity to turn that data into information. I think that the increase in the available data is growing much faster than people doing something with it.

Many people don’t realize how much data is there to dig into. A big pile of gold with few people around it.

To me, the key to this challenge is awareness. It is about letting people know that the data is there and it is available for free and there is money to be made.

We live in the golden age for Earth Observation startups. The amount of data will continue to expand exponentially. That is why we need to tell the story to the world. We need to tell them about this golden opportunity of turning this data into products.

We talk about this vibrant community of very passionate EO people, but this community is tiny. That is why it is so easy to reach out to all corners of the world. We need to expand that number, but most of all reach outside the EO community. I think it is our duty, as active social media users, to engage other people.

Do you think that traditional media like television or newspapers can play some role in this knowledge transformation?

Absolutely. Actually, I believe that the traditional media or rather saying maybe untraditional methods of communicating is the best way of reaching the people outside of the space bubble.

One of the most powerful social media success stories was about Chris Hadfield, the Canadian astronaut. When he was on the ISS, he recorded a music video. He brought a guitar on board and played David Bowie’s Space Oddity.

In a few days that video had dozens of millions of views on YouTube. That was his way of reaching outside the Space Bubble.

What is your personal biggest challenge today?

My biggest challenge is to convince the Space industry itself and the EO community of the power of the new communication tools. How do I tell a story in such a way that people are convinced of the power of social media and the benefits of it?

Today companies are still more willing to buy an advertisement in the newspaper for ten times the price that they would pay for a campaign on social media, with a higher reach.

One of the challenges in my profession is to find the right tone and stories that people are interested in. And that is more difficult than I thought – to find out what goes viral. Ultimately, in the space sector, we do have all the images, we have good visual material to work with.

I really do my best to explicitly work with the community. I think that what you and I are doing here is that we are building this community and bring people with similar interests togther.

After all, we help the industry have a bigger voice towards all the people outside it: the media, governments, and people who can really benefit from EO.

Any advice for those who are just starting their carriers?

I would challenge people who are just starting in the Space industry to think outside the box. Earth Observation should much more look at other industries and adopt their best practices.

I see that so many people are so focused on technology, on some new product or a brilliant piece of software that doesn’t actually solve a real problem. They have a solution to problems that do not exist.

Instead, look at the Sustainable Development Goals and think about how EO could fit there.

As part of the solution, according to the UN, 13 out of 17 Sustainable Development Goals need EO data.

The data is there, the technology is there but how to match that with the actual need? That is what I suggest people do because that is where the opportunities are.

Reveal a bit of your personal life

I am one of those people who turned their hobbies into a job. I always liked to travel and I still love doing that. I have a travel blog called travelsinorbit.com. I am originally Dutch but I packed everything and moved to the UK last year.

I spend day and night doing social media mostly professionally and a little bit just for myself. 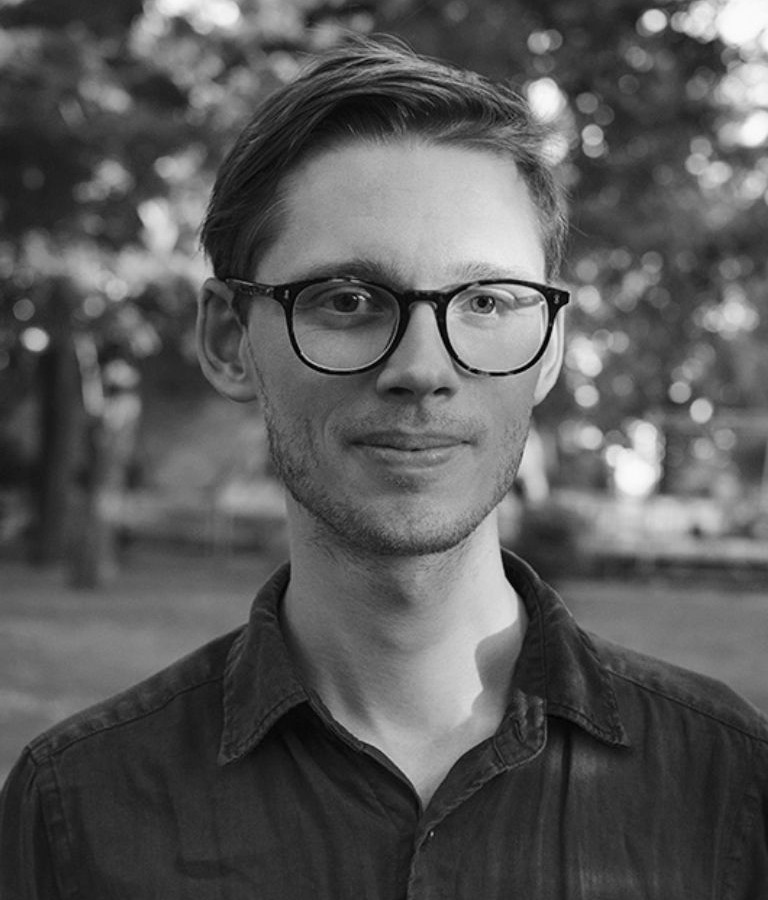 Ilya Bolkhovsky is a product manager, software developer, satellite oceanographer, and father of two. For 4+ years, he has led the development in the Satellite Oceanography Laboratory in Saint Petersburg, Russia. There he built two cool web apps for scientists to access and work with the satellite data.

In 2016, he moved from St. Petersburg to Tallinn, Estonia to take over the Product Manager’s position in a local company. Today he runs an agency that helps early-stage Earth Observation startups to achieve Product/Market-fit through a system based on Product Thinking.