Levels of engagement vary among the Group on Earth Observation’s (GEO) 105 Member governments. Despite being a country with limited resources, Armenia has demonstrated tremendous energy and commitment to GEO’s vision, and is leveraging its membership to reap returns on their contributions to the GEO Trust Fund and Work Programme.

In order to have success, you need to find the champions, and in Earth observations the best actors are represented in the GEO Plenary each year.”

As Head of the GIS and Remote Sensing Department of the Center for Ecological-Noosphere Studies (CENS) in Armenia’s National Academy of Sciences, Dr. Asmaryan considers engagement with the global Earth observations community through GEO crucial for Armenia’s scientific strategy.

Joining GEO in 2014 with encouragement from colleagues at the University of Geneva and UNEP-GRID, Armenia was nominated to represent the CIS region on the GEO Executive Committee the following year. 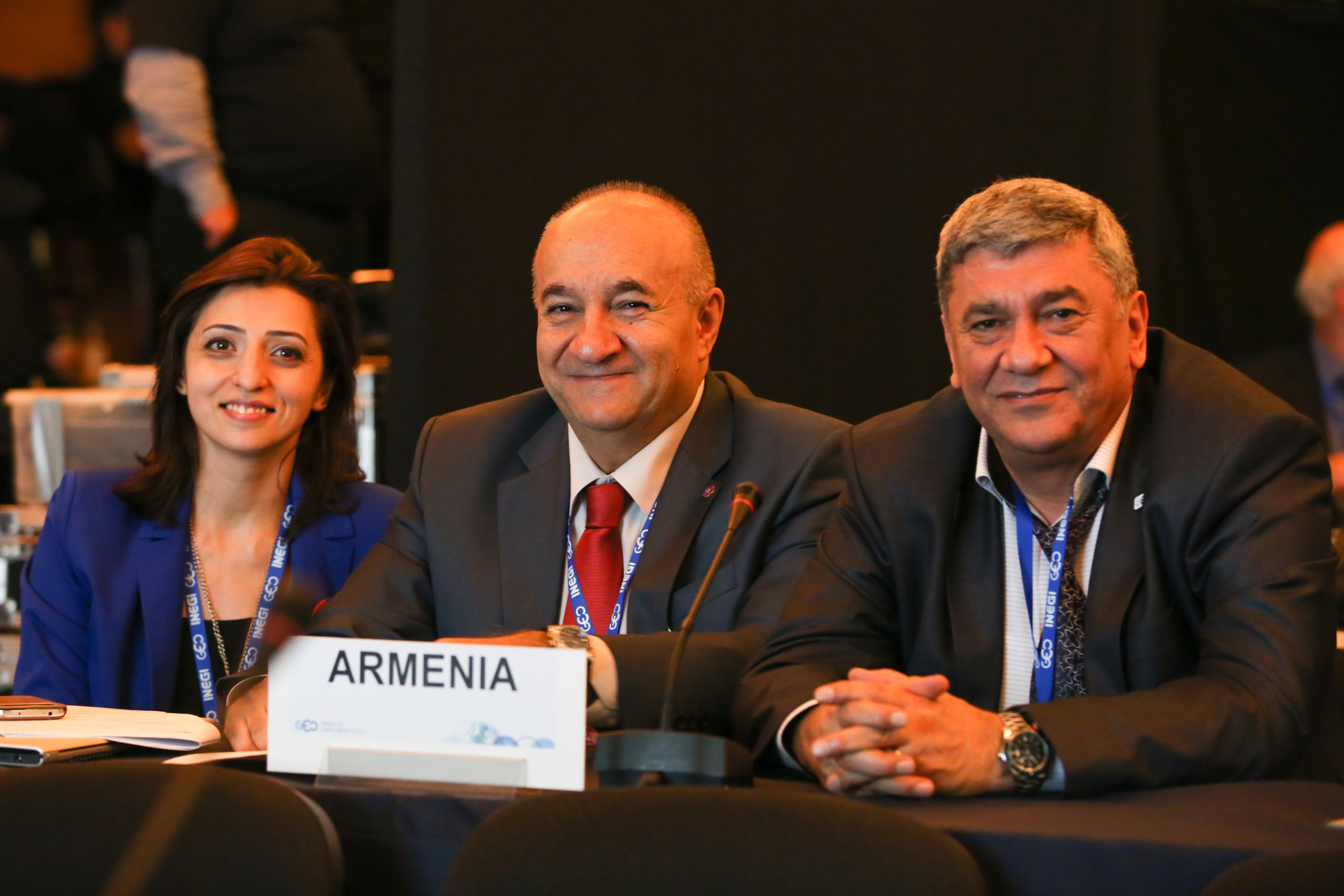 High-level support from CENS Director and GEO Principal Professor Armen Saghatelyan, along with the Chairman of the State Committee of Sciences of the Ministry of Education and Science of Armenia, Professor Samvel Haroutiunian, has enabled Armenia to rapidly increase their engagement with the GEO community, and has made it possible for the country to contribute financially to the GEO trust fund:

“It’s a way into the mainstream - that was our motivation to find the money to contribute to GEO. The State Committee of Science made the decision to contribute financially because we see the benefit of entering the GEO community, and through projects we will create returns on this investment.

For [Armenia], which has great scientific potential but economic limitations, it’s important to find ways to show our potential to the world scientific community, and to use them for our benefit as well.”

Recent successes for Armenia’s international Earth observations activities include approval from the European Commission to partner on Horizon 2020 projects, as they have done already for the Connecting Nature project, and the recognition of Armenia’s capital city, Yerevan, on a list of 20 top European cities for its use of Earth observations for urban ecological improvements through nature-based solutions. 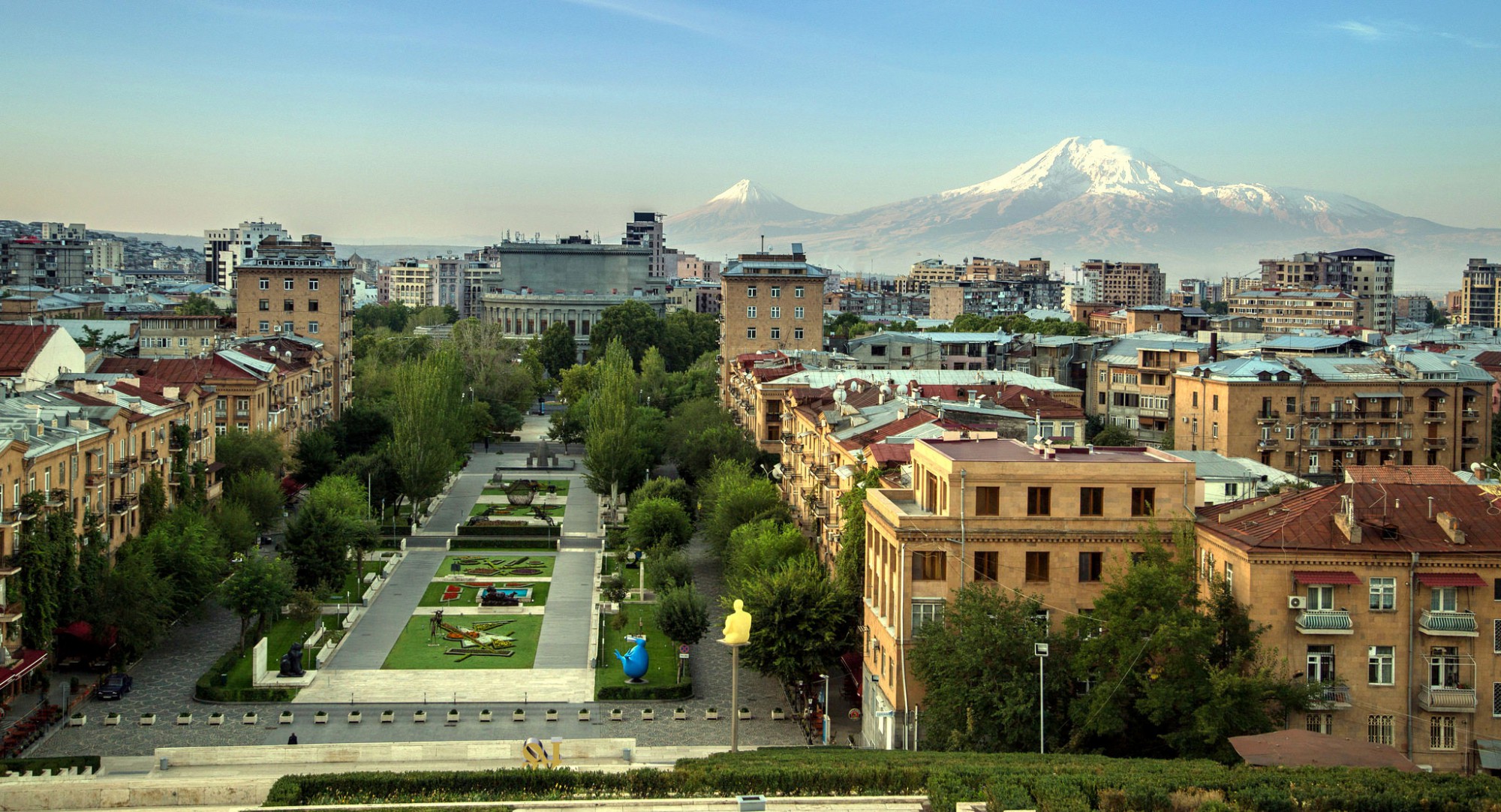 Armenia is now working to create its national GEO committee. All government agencies working with Earth observations have been invited to participate, in response to GEO’s call for broad national engagement. “Data both comes from and is used by many different agencies and sectors in each country,” said GEO’s Head of External Relations Steven Ramage following the 43rd Executive Committee meeting, “It is vital to ensure their perspectives and needs are channeled through their national representative - the GEO Principal.”

At the same time, CENS is working to develop Armenia’s data sharing strategy, promoting and motivating key organizations to open data and actively participate in GEO:

“We want to be a model of data sharing for the country. Together with our Swiss partners from the University of Geneva, we are assembling Spatial Data Infrastructure to modernize our data management and enable more interoperability,” said Asmaryan, “We don’t have our own satellites, but we do have intellectual resources to enter the best initiatives and groups through networking in the GEO community.”

Stephen Volz, Lead GEO Co-Chair and Head of the US National Oceanic and Atmospheric Administration (NOAA) Satellite and Information Service, commended Armenia’s engagement and highlighted the important role of all GEO members - regardless of their size and resources:

“From large member governments like the US, China and the European Commission, to smaller economies like Uganda, Ecuador and Armenia, GEO really is a place where all organizations involved in making or using Earth observations can come together on a level playing field.

It really helps to have the perspective of countries with smaller economies, because they have a different view of what is needed, what the urgency is, and what the solution space might be. It helps keep us grounded, as we need to be responsive to all countries - not just the big ones.

Armenia is a great example of a country that comes in and contributes both financially and programatically to the collective success of GEO. Their voice is important to the community, and they get a lot out of it because they are heard on a peer basis that might not happen for them in another organization.”

Asmaryan, Ramage and Volz encourage other countries to step up their engagement in GEO in order to find the benefits that align with their own national priorities and strategies. A key lesson from Armenia is that a wide range of opportunities to participate and avenues to contribute exist within the GEO framework, and these can be tailored to match each Members’ unique strengths, resources and needs.