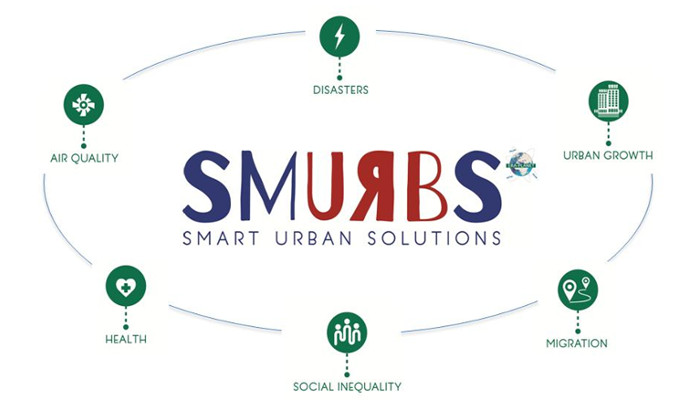 On 9-11 October 2017, a number of Earth observation scientists, communicators and policy makers came together in Rome, Italy to attend the ERA-PLANET kick-off meeting. ERA-PLANET is the European Network for Observing our Changing Planet; a network of 34 partner organizations from 15 European countries and one associated country, coordinated by the National Research Centre for Italy (CNR-IIA).

Operating on an overall budget of €33.6m, ERA-PLANET’s goal is to strengthen the European Research Area in the domain of Earth Observations,  and to contribute to the Group on Earth Observations (GEO), particularly EuroGEOSS and the EU Space Policy through the Copernicus programme.

The Network promotes the use of tools and technologies to improve decisions based on data from the Global Earth Observation System of Systems (GEOSS), and consists of four strands represented by innovative projects: SMURBS, GEO-Essential, iGOSP and iCUPE.

I am the project leader for SMURBS, which stands for SMart URBan Solutions for Air Quality, Disasters and Urban Growth. With greater numbers of people now living in urban areas, cities are growing and this brings several interlinked associated pressures. SMURBS will work with selected cities in Europe to integrate and unify existing fragmented Earth observation resources (satellite data, in-situ networks and sensors, unmanned aerial systems, models and citizen observatories) under the "smart city" concept, for information and decision making in the areas of air quality, disaster resilience and urban growth, with a view to improve quality of life in urban areas. 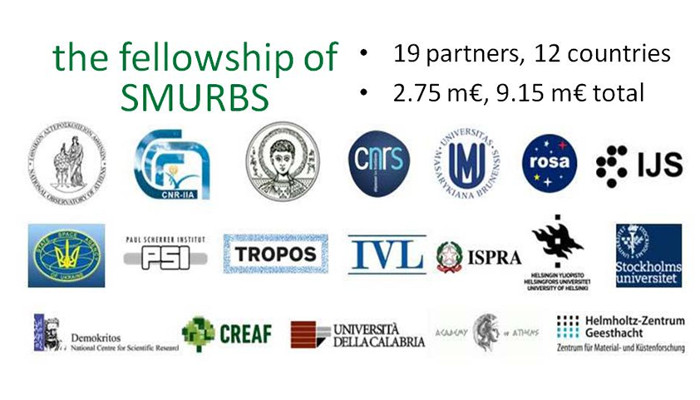 This work also aligns with the GEO Engagement Strategy priorities of the Sendai Framework, the Paris Agreement and the United Nations 2030 Agenda, particularly Sustainable Development Goals 3, 9, 10, 11, 13, 15 and 16. We hope this work can also feed into the GEO Work Programme through the associated activities of the EO4SDG initiative.

Resilience is an important aspect of our work, and in this area the project also addresses long standing as well as modern issues like health and migration. SMURBS should inform decision making for the large-scale migration of people coming into Europe using multi-source EO data. We plan to foster citizen participatory mechanisms, on top of and merged with RS information, to build urban and societal resilience relating to migration induced pressures. The goal here is to provide better living standards for both migrants and locals weighing all relevant pressures. On a similar theme, Earth observations will be used to add value to health assessments and analyses, as part of the SMURBS smart city approach.  Tools and methodologies for assessing the health impact of air pollution will support policy makers in evaluating risks and taking appropriate action. The plan is to review existing and produce a new series of Essential Urban Variables and indicators, as well as white papers on EO4health and EO4migration. A portfolio of SMart URBan Solutions will be delivered in a ready to take up fashion and training materials will be widely disseminated, the latter under the approach of "lighthouse-follower" cities. Cities overseas Europe are already involved through partners' activities (e.g. La Paz in Bolivia, Beijing and Nanjing in China), and engagement also overseas Europe is anticipated to increase further during the course of the project.

In terms of programmatic advancement, we hope to contribute to GEOSS and Copernicus by supporting GEO’s Strategic Engagement priorities and addressing the Societal Benefit Areas of Sustainable Urban Development, Public Health Surveillance and Disaster Resilience. We will also build on previous European projects, support capacity building and help to broaden the user base for GEOSS and Copernicus. As just one of the strands of ERA-PLANET, we believe the  project as a whole will have a major impact in Europe and internationally through GEO. 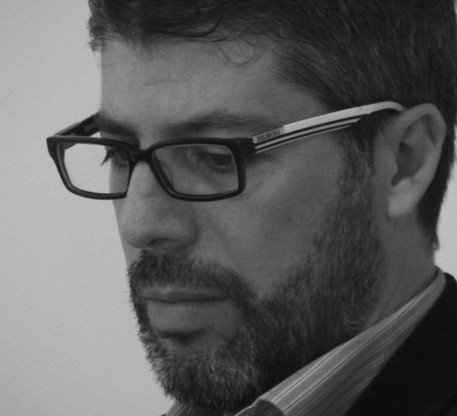 Dr. Evangelos Gerasopoulos is a Research Director at the National Observatory of Athens, Greece, and has a background in Atmospheric Physics and Air Quality. He graduated from AUTH-GR (MSc, PhD) and worked as Post Doctoral fellow at the Max Planck Institute (Biogeochemistry Department, Mainz) and the Environmental Chemical Processes Lab (University of Crete). He serves as a member of the Programme Board of GEO since 2015, and among others as member of the Sectorial Scientific Council for the Environment and Energy of the National Council for Research and Technology (2014 – 2016), Member of the SC of the Navarino Environmental Observatory (Greek-Swedish).