Leveraging the Cloud and Earth observations for monitoring development in Africa

How can the latest scientific and technological advances help researchers in Africa better use Earth observations to address development challenges? With this question in mind, participants from across the continent travelled to Ghana to learn how to leverage Google Earth Engine – Google’s potent cloud-based geospatial analysis platform - in their work. The topic of this SERVIR training session could have wide implications for the use of Earth observations not just in Africa, but around the world.

A different way to work with EO data

The platform is unique in that it helps data users overcome persistent road blocks to their work, including the high cost of image processing software, and the difficulty of downloading large datasets on limited internet bandwidth. More efficient than traditional processing methods, Google Earth Engine allows researchers to “bring their processing algorithms to the data”. With this tool, users can process massive amounts of data in seconds - not months. Data users with slow Internet connections are not disadvantaged since processing is done on Google’s servers.

Forming a community of practice in Africa

While helping to overcome many traditional challenges, the novelty of the Google Earth Engine’s code editor for most geospatial scientists poses a new one. Despite the sometimes steep learning curve, AfriGEOSS coordinator Andiswa Mlisa hopes that training can galvanize a critical mass of EO professionals leveraging the Cloud for monitoring development across Africa. Beyond simple training, a sample customizable code repository is already adding value to Google Earth Engine training exercises.

The applications for Google Earth Engine are endless. In one example now underway, the SERVIR-West Africa Hub is implementing a pilot project on the use of satellite data to monitor ephemeral water bodies in arid parts of West Africa, so that pastoralists can guide their livestock to areas with adequate water supplies. Google Earth Engine is providing a way to rapidly process this data.

While it may be too soon to gauge the overall impact of providing African researchers with access to the powerful Google Earth Engine processing suite, there is already a great deal of interest in mainstreaming its use.

As a collaborative effort of the United States Agency for International Development (USAID) and the National Aeronautics & Space Administration (NASA), SERVIR strives to lower barriers to using EO data for tackling development challenges. 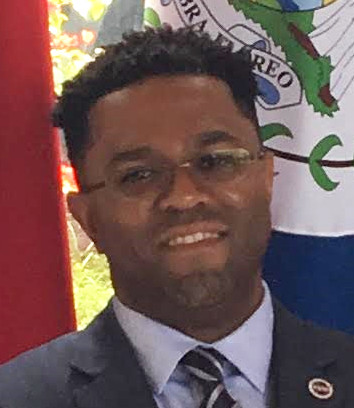