Blue Planet Symposium explores the critical role that oceans play in the Earth’s life-support system, and the challenge of minimizing human impact on their wellbeing. Held in the run-up to the first UN Oceans Conference, the Symposium established that the GEO initiative will focus efforts on supporting the ocean-related Sustainable Development Goals.

The 3rd GEO Blue Planet Symposium took place in College Park, Maryland (USA) from 31 May - 2 June 2017, hosted by the National Oceanic and Atmospheric Administration (NOAA) and the University of Maryland. The event served as a platform for information exchange and for identifying potential pilot and prototype projects/services for Blue Planet to focus on in the coming years.

The Symposium brought together a diverse group of participants to discuss the challenges facing the ocean, and how GEO Blue Planet can add value to the existing ocean observing activities and programmes by highlighting the societal benefits of ocean observations, engaging with end-users and supporting informed decision making. Sessions covered the threats to and pressures on the oceans, current and predicted states, impacts to the Earth’s life support system, as well as user information and existing information services.

As a result of the discussions, it was agreed that Blue Planet will focus efforts around needs to support the ocean-related Sustainable Development Goals, engaging with stakeholders at regional and local level, and where relevant support other policy mandates such as the Paris Climate Agreement and the Sendai Framework for Disaster Risk Reduction.

The Symposium affirmed Blue Planet’s key role in engaging with new communities of users and identified potential pilot and prototype projects, and demonstrated it’s ability to provide a tangible added value in the wider EO community by reducing the gap between the observed dataset and the information knowledge needed for the sustainable management of our oceans. 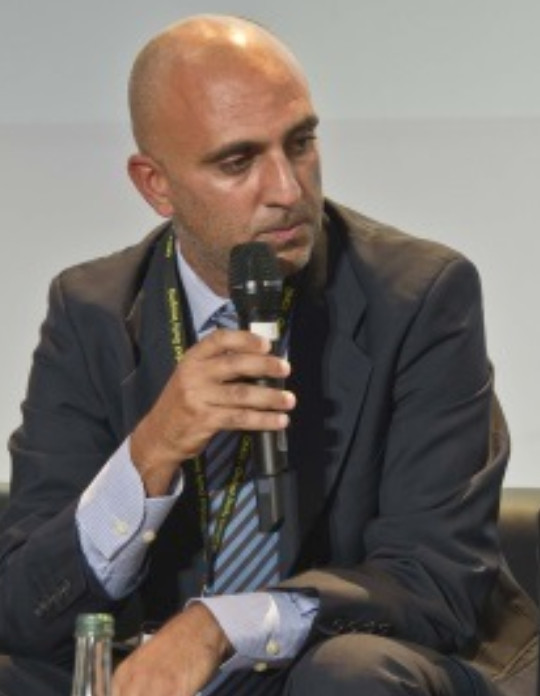 Samy Djavidnia is a member of GEO Blue Planet’s Management and Steering Committees. Samy has been involved with the Initiative since its conception in 2012 and was the Lead Editor of the book "Oceans and Society: Blue Planet". Currently working for a European Union Agency, his main interests and expertise include international cooperation, earth observation and oceanography from space.

About Blue Planet: GEO’s Blue Planet initiative is an open network of voluntary organizations and individuals which aims to ensure the sustained development and use of ocean and coastal observations for the benefit of society. Blue Planet envisions an informed society that recognizes the oceans’ crucial role in Earth’s life-support system, and is committed to stewardship of the oceans for a healthy, safe and prosperous future for all.