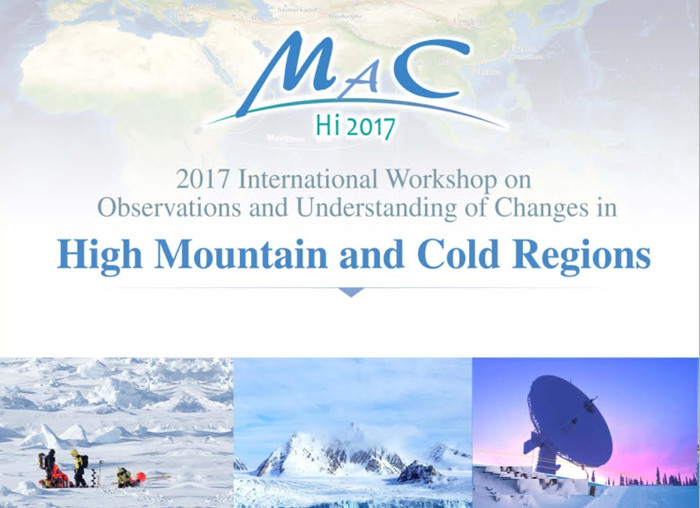 The GEO community recently held the 2017 International Workshop on Observations and Understanding of Changes in High Mountain and Cold Regions (HiMAC 2017).

The two-day event, held in Beijing March 3-4, 2017, was attended by over 60 experts and scholars from Finland, Nepal, Netherlands, the U.S., Norway, Mongolia and China, whose research interests focus on the Earth’s cold regions that include the high-latitude oceans, and High altitude cold areas, especially the High Mountain Asia, and Arctic regions.

The workshop was organized by DBAR-HiMAC together with other international programs, with guidance from the Group on Earth Observations (GEO), World Meteorological Organization (WMO), the IEEE Geoscience and Remote Sensing Society (IEEE GRSS), ISDE, and Pan-Eurasian Experiment (PEEX).

Prof. GUO Huadong, CAS Academician gave a keynote report on “the comparative study on the Earth’s Three Poles”. In his report, he highlighted the fact that the Tibetan Plateau, the world’s largest and highest plateau, is regarded as the “world’s third pole” because it contains abundant ice and snow resources.

The Three Poles, as major cold regions of the Earth, are particularly sensitive to global warming and hotspots for global change research. Prof Guo held that integrated observations of environmental change in these cold regions is crucial for understanding the systematic process of global change. Current research mainly focuses on a single pole, and comparative study across three poles is lacking. To fully understand the impacts and responses of Three Poles to global change, he proposed that scientists need to consider Earth’s three poles as a whole, study their spatial-temporal varieties, interconnections and relationships of their environmental parameters. He pointed out the advantages of using space-based Earth observation for systematic study on the three poles.

Dr. QIU Yubao, associate researcher of RADI and lead of the GEO Cold Regions Initiative (GEOCRI), introduced the initiative, pinpointing its three priorities including development of the Community Portal for information services in cold regions, integrated application of in-situ and remote sensing observation, and the definition of Essential Cold Region Variables (ECRVs).

Discussions also covered the following topics: space-based Earth observation facilities and data, the integrated Arctic observing system, the observation of glacier, permafrost, snow, and river/lake ice, climate correlation between the Arctic and Eurasia, ecological hydrological processes and the basin hydrological energy balance. Observation and understanding are key parameters to the establishment of Big Earth Data, providing guidance to the implementation of DBAR(Digital Belt and Road) and GEOCRI-related information services.

The workshop also featured in-depth discussion on how to observe and understand environmental changes in High Mountains and cold regions and how this kind of understanding will facilitate the implementation of the “Belt and Road” initiative.

The workshop, in collaboration with GEOCRI, held discussions on ECRVs and resulted in a preliminary plan for GEOCRI implementation.

The agenda can be downloaded here 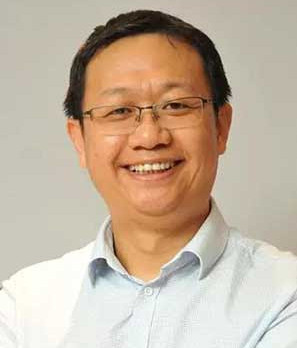 Dr. Yubao Qiu is Associate Professor of the Remote Sensing of Snow and Ice in the Institute of Remote Sensing and Digital Earth, Chinese Academy of Science. He serves as coordinator of the GEO Cold Regions Initiative (GEOCRI), and co-chair of the High Mountain and Cold Regions Task Force for Digital Belt and Road (DBAR-HiMAC).