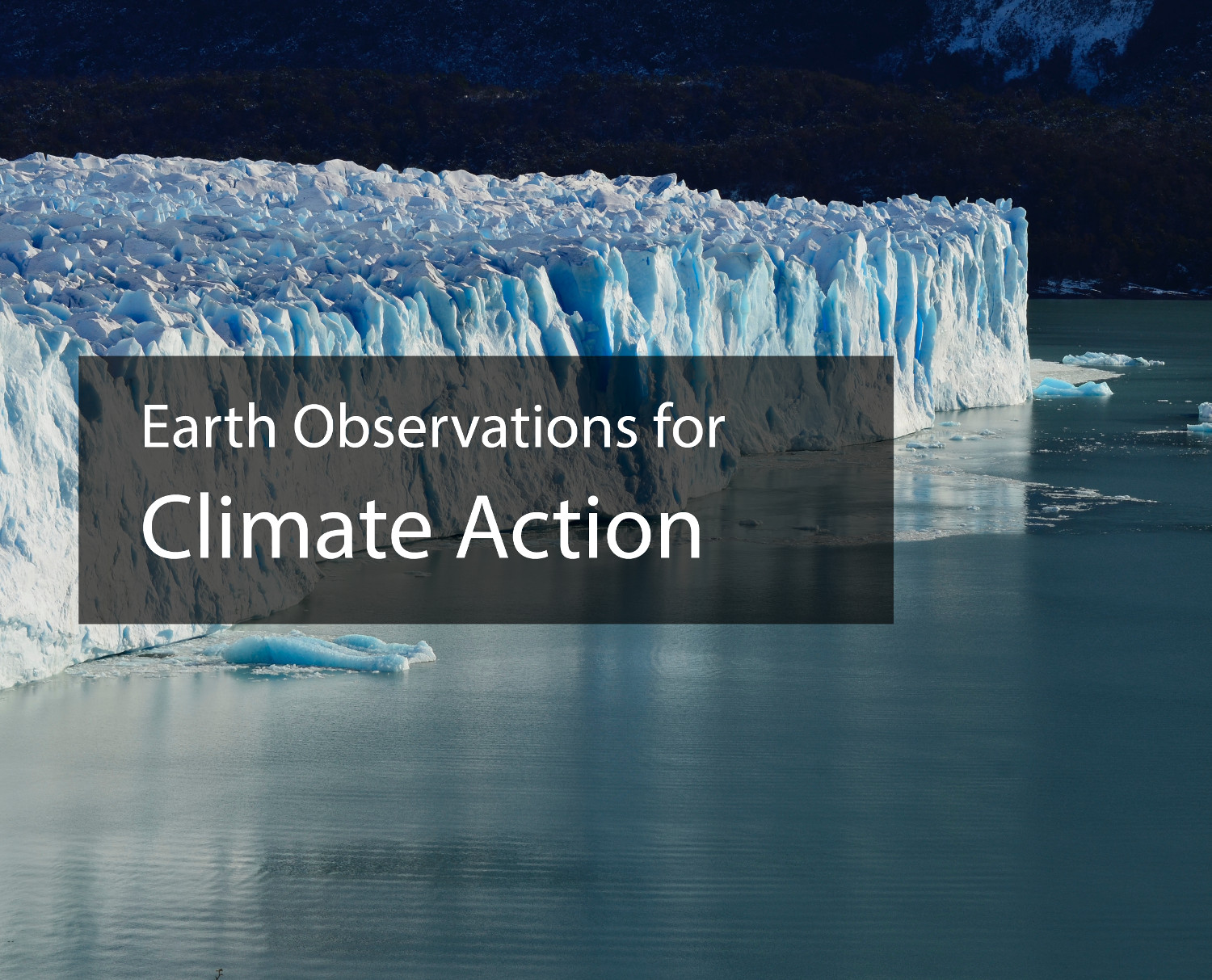 Climate change is one of the biggest challenges facing the world. It is also recognized as one of the challenges where use of Earth observations (EO) can make the most difference, as EO has the capability to capture environmental and socio-economic data over a range of spatial, spectral and temporal resolutions.

The impacts of climate change are faced by all, but poor and vulnerable communities and groups are the most affected. Supporting sustainable development agendas while tackling the effects of climate change illustrates the inter-linkages between GEO’s Engagement Priorities.

GEO is well positioned to support its Members and the broader community with the requisite Earth observations to support: effective assessment and monitoring of climate and related socio-economic variables; assessment and evaluation of different policy responses and actions; and tracking of the implementation of those actions and responses.

GEO and the UN Framework Convention on Climate Change (UNFCCC)

The Earth observations community can play a crucial role in global efforts to address climate change and implement the UNFCCC and the 2015 Paris Agreement. The data and knowledge derived from Earth observations helps governments and other stakeholders at regional, national and sub-national levels to respond in many areas, including mitigation, adaptation and other specific provisions of the Paris Agreement, as well as provide input to the process including through the global stocktake.

Earth observations contribute near real-time data on greenhouse gas (GHG) concentrations and emissions for carbon accounting in relation to mitigation responses. When Earth observation data is combined with other critical socio-economic information at the local scale and over extended timescales, efforts to monitor progress on adaptation responses can all be enhanced in addition to impact, vulnerability and risk assessments and the development of measures to increase resilience.

GEO, through the first GEO Climate Workshop in June 2018, has engaged with the UNFCCC Secretariat to identify key areas where coordinated Earth observations through GEO could support climate action including: mitigation; activities relating to reducing emissions from deforestation and forest degradation (REDD+); adaptation; loss and damage; technology development and transfer; capacity building; and the global stocktake. The Paris Agreement has also highlighted the need to strengthen scientific knowledge on climate, including research, systematic observation of the climate system and early warning systems, in a manner that informs climate services and supports decision-making. These are all areas where GEO is active through the 2020-2022 Work Programme activities and can provide support.

GEO and the Intergovernmental Panel on Climate Change (IPCC)

Earth observations are important for the work of the IPCC. The IPCC provides scientific input to inform the Conference of the Parties (COP) of the UNFCCC and the Convention bodies, in particular the Subsidiary Body for Scientific and Technological Advice (SBSTA). The SBSTA has been increasingly emphasizing the value of systematic observations - a term that encompasses Earth observations in the UNFCCC context. Earth observations, and in particular satellite data, provide benchmark measurements on variables which contribute to the accuracy of climate models and projections that inform policy decisions.

The refined IPCC Guidelines for National Greenhouse Gas Inventories include information on the potential contributions of space-based Earth observations for comparison with GHG emission estimates. Parties to the UNFCCC have agreed to use the IPCC Guidelines in reporting to the Convention. GEO could further support Parties in using Earth observations for their reporting.

The findings of the latest IPCC special reports have already benefited from the enhanced use of Earth observation data and there is scope for improvement. For instance, satellite observations were used to monitor the frequency of marine heatwaves over several decades, and other variables including ice flows. Satellite data was also used to monitor vegetation greening/browning. Increased availability of open Earth observation datasets can increase the quality of monitoring and help address the gaps identified by the IPCC.

Current IPCC analyses do not include urban ecosystem dynamics in detail. Urban areas, urban expansion, and other urban processes and their relation to land-related processes are considered “extensive, dynamic, and complex”. The provision of Earth observation information in support of urban resilience is an area of potential GEO support.

IPCC analyses have identified “a lack of knowledge of adaptation limits and potential maladaptation to combined effects of climate change and desertification.” A similar issue was identified for limits to adaptation in relation to sea level rise and ice loss. Earth observations can provide an understanding of real-time physical risk exposure, notably where other sources of data are sparse, to support decision analysis and the development of adaptation solutions.

Furthermore, the recent IPCC special reports have pointed out that the expanded use of new Information and Communication Technologies (ICTs), climate services and remote-sensing is critical for near-term actions for capacity-building, as well as technology transfer and deployment to strengthen adaptation and mitigation. GEO is working to address the challenges around big data involving the community to use new ICTs for the development of new ways to monitor climate and non-climate variables. Investments in human, technical and institutional capacities on the expanded use of digital technologies are crucial and are expected to bring high returns.