GEO Secretariat Director Ryan on the Geospatial Hall of Fame. 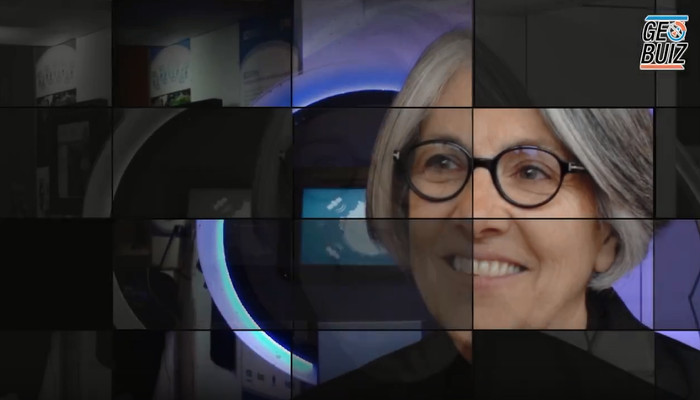 At the Geospatial World Forum in Hyderabad in India, GEO Secretariat Director, Barbara Ryan was honored with an award recognizing her passion, vision, knowledge, leadership and business acumen.

In addition to leading the second decade of implementation of GEOSS, highlights of Barbara’s career include her work leading her position as Associate Director for Geography at the USGS, where she was responsible for the agency’s remote sensing, geography and civilian mapping programmes, including the Landsat satellites. It was during this time she led the effort to change the decade-old Landsat data policy to full and open, an action resulting in many millions of scenes being downloaded globally.

Barbara has also served as chair of the international Committee on Earth Observation Satellites, which coordinates information from more than 100 civilian satellite missions, and in 2008 became Director of the World Meteorological Organization’s space programme.

The ‘Geospatial Hall of Fame’ platform celebrates and recognizes legends of the geospatial industry. The ten pioneers include Charles Trimble, founder of Trimble, a manufacturer of global positioning system products; Jack Dangermond, founder of Esri, the world’s largest GIS software maker and David Schell, founder of the Open Geospatial Consortium which champions use of open standards. Barbara is the only woman to be honored by an award.