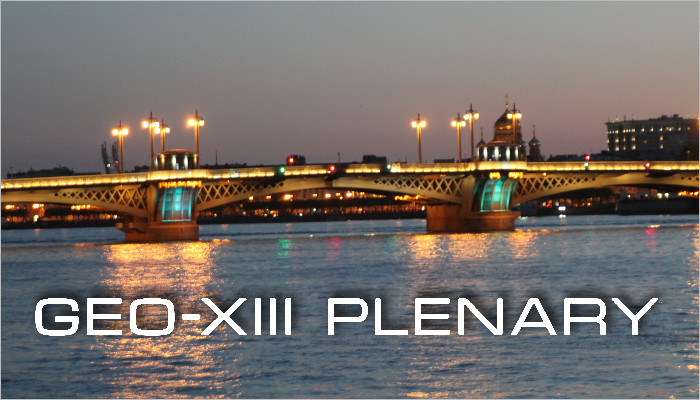 Thank you for joining us in the stunning city of Saint Petersburg for the Group on Earth Observations (GEO) thirteenth annual Plenary meeting (GEO-XIII) and thanks to our Russian Federation hosts, led by ROSHYDROMET and ROSCOSMOS. Around 400 of you have already registered to join us in person and I know many more will be following announcements with interest on the GEO Exhibition, the 19 Side Events and the Plenary meeting.

This is an exciting year – the transitional Work Program year is over and now we are set to tackle some of the challenges of how to access space-based or in-situ atmospheric, land and ocean data to make better decisions for a changing, urbanizing and increasingly climate-conscious world.

2016 got off to an unfortunate start in Southern Africa with a devastating drought. Take a look GEO’s Crop Monitor, our global snapshot of crop conditions, published every month in our Global Agricultural Monitoring Initiative (GEOGLAM) [http://www.cropmonitor.org/], supported by many national and regional organizations. This GEO tool was highlighted in the Addis Ababa Action Agenda as a good example of how to help meet the Sustainable Development Goals (SDGs), and it links directly to SDG Target 2.c to ensure the proper functioning of food markets for timely access to information on food reserves.

The SDG indicators were agreed on earlier this year and GEO is aggressively supporting global efforts to monitor and achieve all the SDGs. The United Nations Economic Commission for Africa, (UNECA), a GEO Participating Organization, is working with the African Center for Statistics to identify datasets, including Earth observations, to meet the indicators. This regional effort is important to reinforce country ownership of monitoring and achieving the SDGs.

GEO’s regional programme in the Americas, AmeriGEOSS, has announced important progress for those who struggle with internet access - there are now 50 stations transmitting Earth observation data to people and organizations who have limited internet connectivity from the southern point of Patagonia to the most northern areas of Canada.

The Arctic is among the least observed places on Earth and this year GEO’s Cryosphere Initiative joined an international effort to address the scarcity of data and knowledge about the Arctic. Eight GEO Member countries (Canada, Denmark, Finland, Iceland, Norway, the Russian Federation, Sweden, and the United States), as well as indigenous organizations and observer countries came together to discuss specific challenges associated with the relative lack of observations and opportunities for increased international collaboration.

St Petersburg, our host city, is home to 5 million people – part of the 3.5 billion people across the globe who live in cities. Urban data produced through GEO have been integral to a new report, the Human Planet Atlas, which provides one of the most comprehensive views of urbanization dynamics ever presented. Detailed, measurable and globally consistent descriptions of human habitat are now possible making it easier to understand the extent to which humans have changed our world, and how that change affects humans. This first Human Planet Atlas represents a body of knowledge derived from the Global Human Settlement Layer (GHSL), a reference of reliable, reproducible information on human habitations, from village to mega-cities.

We recognize the effects of climate change need to be better understood and GEO, in partnership with the United States and the World Resources Institute (WRI), joined the public-private Partnership for Resilience and Environmental Preparedness (PREP). Forests – including those covering vast swathes of the Russian Federation - are home for many people and provide their livelihood as well. Their forests capture carbon dioxide, the main gas linked to climate change. GEO’s Global Forest Observation Initiative, now hosted at FAO, supports the SDGs and the Paris Agreement. Similarly, GEOCARBON, a new GEO Initiative will also support efforts to meet the Paris Agreement.

GEO convenes Ministers, policy experts, managers and scientists to work on sharing data more broadly, integrating Earth observations and ensuring these observations inform decisions, through the Global Earth Observation System of Systems (GEOSS). More than 200 million data resources are now available globally. We’re excited to unveil a new look for the GEOSS Portal, with better search tools to make it easier to identify the data you need. As more countries create a seamless mosaic of their forests, agricultural resources and urban environments, accessing this information to inform decisions at multiple scales will be immensely improved. Appropriate training, capacity building and resources can put that information to good use, to benefit citizens and economies. 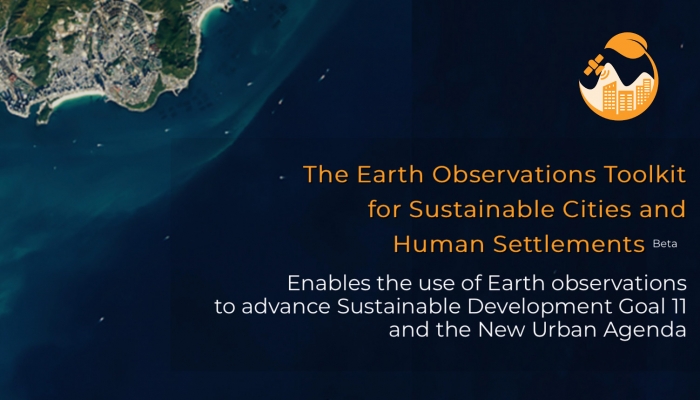 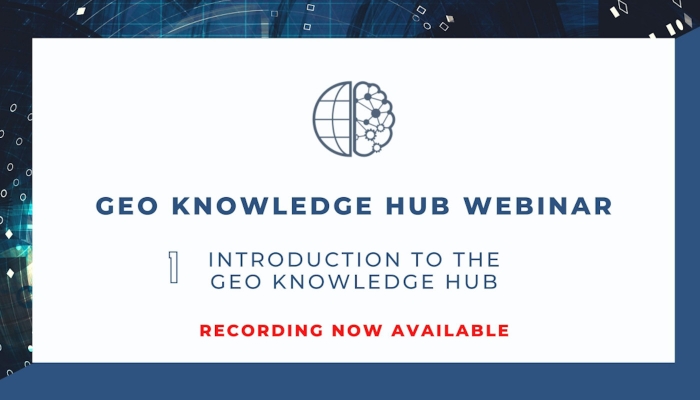 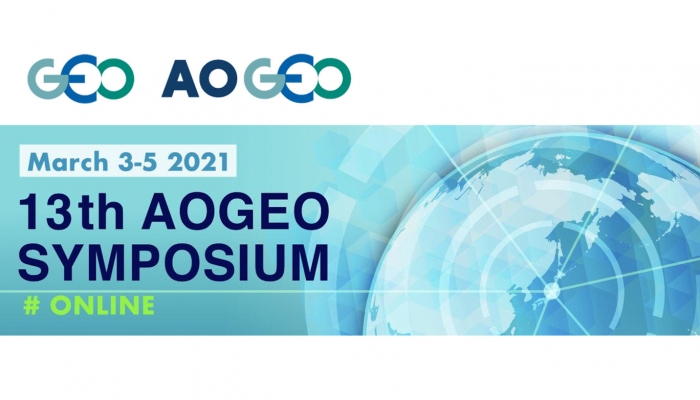 Invitation to the 13th AOGEO Symposium 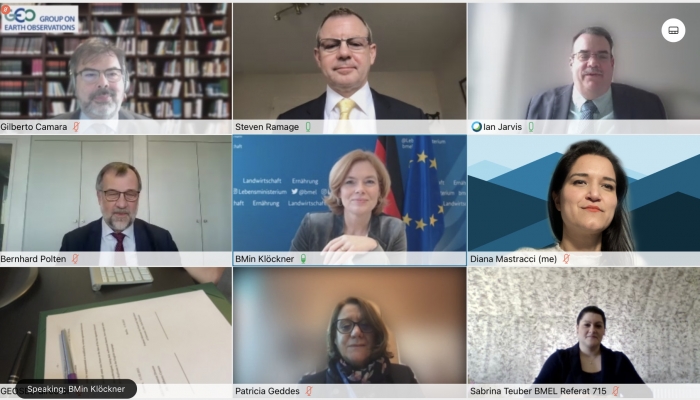 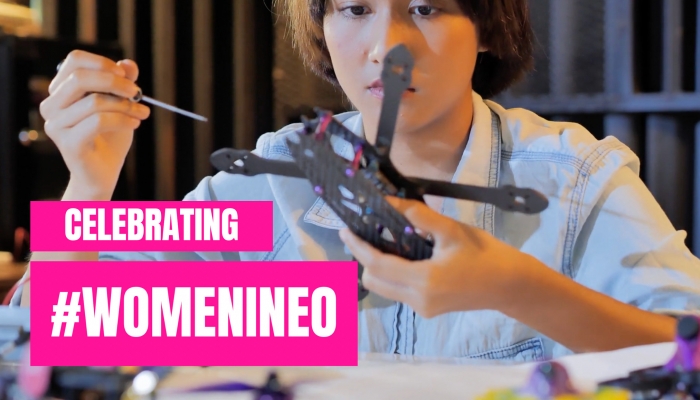 Celebrate International Day of Women and Girls in Science: WomenInEO 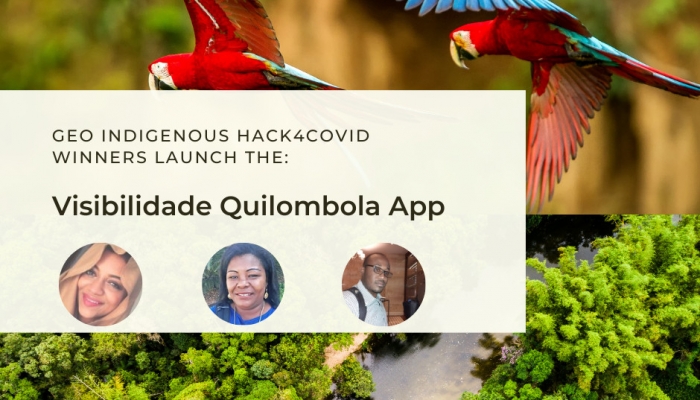 Interview: The winners of the GEO Indigenous Hack4Covid launch the Visibilidade Quilombola app 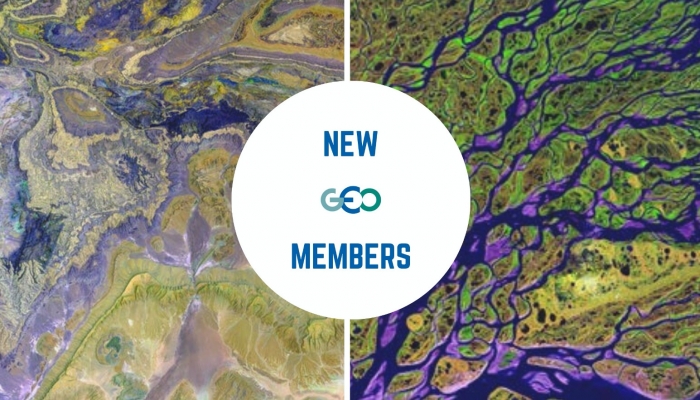